A Singing Send off for the USS Harry S Truman 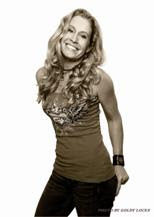 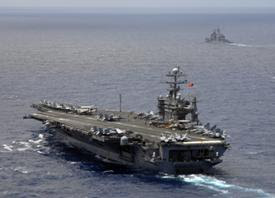 (, )…Country singer Jonalee White will perform at the USS HARRY S. TRUMAN send off at Naval Station in on Saturday, July 18th at 19:00 hours. As a special guest, Jonalee will perform for over 5,000 Sailors, their families and friends before they set sail on the aircraft carrier’s 2009 Family Day Cruise. Jonalee’s new single, Perfect Angel, is cruising up the charts at country radio.

Jonalee White kicked off the national promotion for her new single, Perfect Angel, on June 11 in , with a live concert event at FUEL Bar and Nightclub during CMA Music Fest. The entire concert event was streamed online through leading video site Yallwire.com and viewed by more than 30,000 unique visitors! The live event was sponsored by Taylor Guitars, Ernie Ball Music, and Silver Wings Merchandise. Perfect Angel, the first single from Jonalee’s sophomore album, scheduled for release in August, is climbing the charts at country radio. Jonalee White wrote nine of the thirteen songs on her 2008 debut album, Wake Me (Lick Records), which produced three singles, Wake Me, I Break and Sunday Paper, that all broke Top 40 on the MusicRow CountryBreakOut™ Chart.

In May, Jonalee headlined a four (4) week Armed Forces Entertainment Tour. entertaining troops serving overseas at various Military bases in , , , , , the and Kosovo. Look for tour footage onJonalee’s popular video reality series, Long Road To Nashville, now in its second season Yallwire.com. The series, which paints an intimate portrait of the up-and-coming country music sensation as she navigates her way through the ins and outs of the music industry, sharing exclusive interviews and behind-the-scenes stories, has been viewed by more than500,000 unique fans since its debut! Long Road To Nashville installments are also now available through iTunes as a free podcast download. Visit the new blog site to view and download the latest installments of the show, post comments and participate in exclusive promotions and contests. www.LongRoadToNashville.com