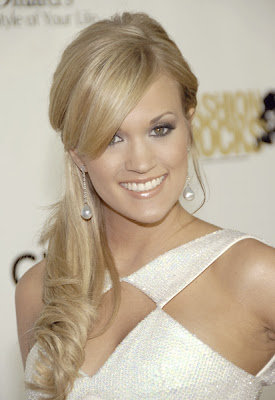 Four time GRAMMY winner Carrie Underwood has sold more than 10 million albums with her first two records, and the excitement is high for more great music with news that November 3 will be the release date for her yet-to-be-titled third album.

Earlier this year, Underwood became the first country artist in history to achieve 10 #1 singles from their first two albums when “I Told You So” became the fifth consecutive chart-topper from Carnival Ride, which also included the smash, “Just a Dream,” and three hits Carrie co-wrote: “All-American Girl,” “So Small,” and “Last Name.”

The reigning ACM Entertainer of the Year and three-time, reigning ACM and CMA Female Vocalist is currently in the process of recording her new project, with a new single expected to arrive at radio late this summer.

The only American Idol winner ever to achieve 10 #1 hits, Underwood’s collection of chart-toppers began with the instant success of her post-American Idol single, “Inside Your Heaven,” which debuted atop Billboard’s Hot 100 chart in the summer of 2005. It was the first of five #1s to top the BDS or Mediabase charts from her 7x-Platinum debut, Some Hearts, with the others including the GRAMMY-winning “Jesus, Take the Wheel” and “Before He Cheats,” as well as “Don’t Forget to Remember Me” and “Wasted.”