Asleep at the Wheel for a Lifetime! 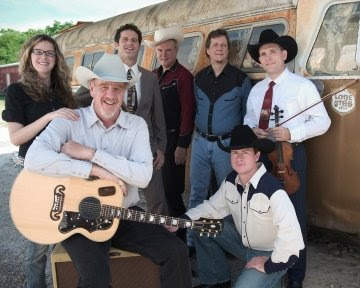 The Americana Music Association proudly announces Asleep at the Wheel will receive the Lifetime Achievement Award for Performance at the 8th Annual Americana Honors & Awards ceremony, presented by the Gibson Foundation, scheduled for September 17th at the historic Ryman Auditorium in Nashville Tennessee.

"I can't think of a more deserving outfit for this award," says the legendary Willie Nelson, himself a past award recipient of the AMA's Lifetime Achievement for Songwriting. The band's recent collaboration with Nelson, Willie and the Wheel, has garnered critical acclaim and is a fixture on the Americana charts since its release earlier this year. "Our Ray Benson will leave a mark," adds Nelson. "He's been a lot of places, done a lot of things and recorded it all."

Since 1969, the Austin-based band has released over twenty-five albums, charting more than twenty Billboardsingles and winning nine Grammy Awards along the way. Led by founder Benson, Asleep at the Wheel is an institution: an ever-shifting lineup (over 80 members to date) of like-minded musicians united under Benson's unwavering crusade to keep alive the sound of Western Swing. Some of the members have gone on to perform and record with artists such as Bob Dylan, Rod Stewart, Van Morrison, Ryan Adams and others.

Freewheeling and eclectic, like their musical touchstone Bob Wills, The Wheel has enthusiastically preserved and brought Western swing to the masses throughout the years touring with everyone from Hot Tuna and Alice Cooperto Emmylou Harris and George Strait.

They've been a fixture on PBS's seminal series Austin City Limits as well as appeared in movies--1978's Roadie, and 1991's Wild Texas Wind. Most recently they starred in the award-winning first-ever musical drama about Bob Wills, A Ride with Bob:The Bob Wills Musical, co-written by Ray Benson.

The Lifetime Achievement Award for Performance is one of several career honors that will be handed out during the awards ceremony on September 17th, along with six-member voted best of the year-end categories. Hosted by Jim Lauderdale, the event has earned a reputation for the coolest and best live music awards show around.