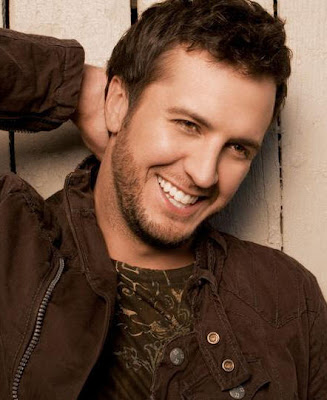 SAN DIEGO, CA – July 13, 2009 - For the October launch of his new album, Doin’ My Thing, country artist Luke Bryan worked with Eventful, the leading events website, to offer his fans the chance to host his album release show. Eventful and Capitol Records Nashville announced today that ’s hometown of won the competition to host this exclusive concert. Thousands of fans participated in the eight-week long competition on Eventful - which enables users to influence where their favorite performers appear by creating viral grass-roots campaigns to “Demand” them in their town. won the contest by accumulating the largest number of Eventful Demands during the competition.

“I appreciate all the hometown support,” says . “This is going to be a great chance for me to get home and all the while play for the people who have supported me the most over the years. It’s going to be fun, and I can’t wait until this show rolls around. It will be the highlight of my album launch tour!”

Eventful’s Demand service comes equipped with helpful tools for both performers and fans to alert their friends and family about a Demand and how to join it. Luke Bryan posted widgets and banners on his social networking sites, including MySpace and Facebook, and reached out to his fans on Twitter to let them know about the competition. The passionate residents of Leesburg, a small town outside of Albany with a population of about 3,000, used similar Eventful features to create awareness about the competition around the community and online to bring their hometown country star back to his roots.

An accomplished performer who honed his skills on the college circuit, Luke knows how to keep the fans entertained. “When the crowd sees you having fun and you’re giving them great music, it’s a deadly combination,” Luke says. The first single “Do I” off his upcoming sophomore album is quickly racing up the charts. “My first album had great hits and it sold well, but everything about that album is beatable,” Luke says. “We wanted to make a bigger sounding record, something that moved a little down the road from the first record. We wanted to show my growth vocally and lyrically.”

Along with MySpace, YouTube and iTunes, Eventful is an essential part of the online marketing toolkit for performers and artists. Eventful is transforming the way tours get routed and promoted, by giving fans the ability to influence where their favorite performers appear and by helping artists, promoters and venues promote their concerts to millions of fans around the world. Performers use Eventful’s Demand service to engage their fans by giving fans a voice in where artists tour. Performers and their management get valuable data about their audience so they can best schedule their shows.

“We love helping build stronger connections between fans and artists by enabling fans to influence where their favorite performers tour,” saidJordan Glazier, CEO of Eventful. “We’re excited to have helped Luke Bryan determine the location of his album release show based on the voice of his fans. Congratulations to .”

The native had a career making 2008 with two major award nominations including the CMT Breakthrough Video of the Year nomination and his first nomination from the for “Best New Male Artist.” He is coming off a #2 debuting album I’ll Stay Me; a Top 5 debut single “All My Friends Say;” a Top 10 single for “Country Man,” being chosen as Billboard’s 2007 country artist to watch and landing on “Best of 2007” lists for: Chicago Tribune, Atlanta Journal Constitution, Clear Channel Online Music & Radio to name a few. has been part of three major tours of country music’s biggest artists in 2008 - Kenny Chesney’s “Poets & Pirates” stadium dates, Trace Adkins’ “American Man” tour and Dierks Bentley’s “Throttle Wide Open” tour and in 2009 is headlining his own Miller Lite-sponsored club tour. ’s sophomore album, Doin’ My Thing, will be released by Capitol Records Nashville on October 6th.

San Diego based Eventful, Inc. operates Eventful.com, the leading events website which enables its community of users to discover, promote, share and create events throughout the world. Eventful users select from nearly 5 million events taking place in local markets throughout the world, from concerts and sports to singles events and political rallies. Eventful’s Demand service enables users to influence where their favorite performers appear by creating viral grass-roots campaigns to “Demand” them in their town. Visit Eventful at http://www.eventful.com.