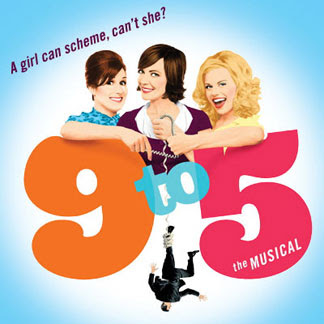 The cast of the Broadway play 9 to 5 was told today 7/29/09 that the show is closing down after Labor day weekend... from the NY papers:
The Times:The producers of the Broadway musical “9 to 5” informed the cast on Wednesday that it would close on Sept. 6, according to a statement from its publicists. No reason was provided for the closing of the show, at the Marquis Theater. Based on the 1980 movie starring Lily Tomlin and Dolly Parton, it opened on April 30 and stars, above from left, Stephanie J. Block, Allison Janney and Megan Hilty. The show’s initial budget capitalization exceeded $10 million, and its weekly costs — to pay for the large cast and crew, and other expenses — were in the high six figures, according to people involved with the production. Yet the musical sometimes could not cover even its weekly nut; for the eight performances July 20 through 26, “9 to 5” grossed $694,650 and played to houses about 70 percent full.
Variety:
Goodbye, Dolly.

Rumors that the Broadway incarnation of the Dolly Parton musical would imminently bow out had become persistent in recent weeks, with the decision seemingly cemented by the fact that last week, when 10 similarly large-scale musicals pulled in weekly sales of more than $1 million each, "9 to 5" upticked only slightly, posting receipts of $695,000 and playing to houses that averaged around 70% of capacity.

The production likely has not made back much of its capitalization costs, thought to tally north of $12 million. So far the show has cumed $11.3 million since it began perfs in April.

Still, producers may have a chance to make some coin from the national tour, which will launch in September 2010 at the Tennessee Performing Arts Center in Nashville.