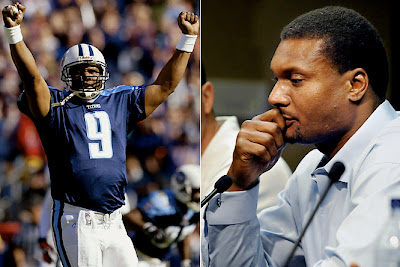 It's an ever changing story...but we know now that 3 time NFL Pro Bowler Steve "Air"McNair has been shot to death in Nashville. This story is changing every minute but McNair's death has been confirmed.
A woman who was not his wife was also found dead.
The Tennessee Titans went to the Super Bowl under his leadership and was the favorite QB of many country music stars. Many music stars followed McNair for years as the Titans moved to town from Houston and their success grew. McNair played with the Titans most of his career. His death has shocked the city!