Craig Morgan said he was going to watch! UFC 100 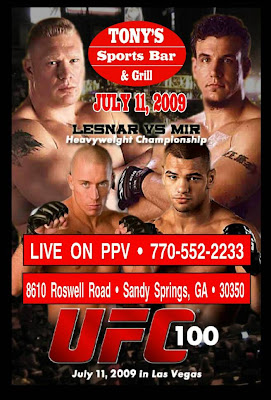