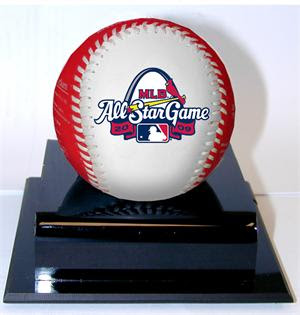 , – On the heels of releasing her irresistible new single, “Feels Just Like a Love Song,” to country radio, multi-Platinum songstress and native Sara Evans will be returning to her home state next week to join in the excitement of the 80th Major League Baseball All-Star Game. Held in ’ Busch Stadium on Tuesday, July 14, this year’s game will feature Evans performing “God Bless ” during the 7th inning stretch.

The event will be a particularly exciting occasion for Sara, husband Jay Barker, and their children, who will be treating the day as more than just a working trip, but also as what the game is all about: a wonderful family celebration of ’s great pastime. “I’m a huge baseball fan, as are all of our children,” Sara says. “This will definitely be one of the highlights of our 2009!”

Among other exciting moments, the All-Star Game welcomes President Barack Obama, who will throw out the ceremonial first pitch. The game, including Sara’s performance, will be televised live by FOX Sports, with pre-game ceremonies beginning at 8 PM, ET.

Evans’ new single, “Feels Just Like a Love Song,” is the first music from Sara’s upcoming album, and fans can hear the single now on her MySpace page at myspace.com/saraevansmusic.