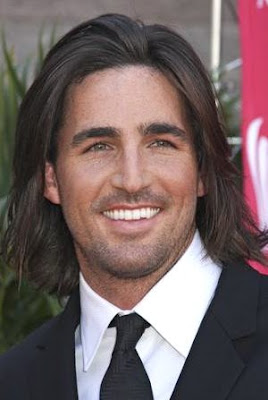 – RCA Nashville hitmaker Jake Owen has been added to the all-star line-up for ABC’s August 31 airing of CMA Music Festival: Country’s Night to Rock. Filmed live at the 2009 CMA Music Festival in , the program will include Owen’s performance of his energy-packed current single, “Eight Second Ride.”

The song has been a longtime concert favorite among Owen’s fans, and the fun factor in “Eight Second Ride” is what initially inspired him to write what The New York Times calls “a bruiser of a seduction featuring plaintive, muscular, layered guitars.” Owen says, “That song is a song for me that I can turn up loud in my truck with my buddies and go rolling down the road and just feel the air coming through the windows.”

Owen is also the lead artist garnering attention from MarieClaire.com in a recently posted feature recapping the best young talent from the CMA Music Festival. Titled “CMA 2009: Six Artists to Watch,” and with accompanying online interview footage, the feature praises Owen, saying, “Whether it’s his heartwarming ballads or edgier, rowdy tracks like ‘Eight Second Ride,’ Owen brings his diversity to the table, always leaving room for the unexpected.”

In addition to seeing Jake on the upcoming ABC special, fans can also watch for him on tour now, where his knockout live performances continue to wow fans and industry alike, with KWJJ Portland Program Director/Entercom Director of Country Programming Mike Moore declaring, “Jake Owen is a living, breathing party on stage. Without a doubt one of the best live performers in our business.”

For complete tour dates, visit www.jakeowen.net or www.myspace.com/jakeowen, and tune-in for CMA Music Festival: Country’s Night to Rock, as it airs from 8 to 11 PM, ET, August 31, on ABC Television.

Jake first hit the national scene with the release of his debut album, Startin’ with Me, which launched a trio of hit singles, including the title track, “Yee Haw,” and “Something about a Woman.” Since then, he’s toured with some of country music’s biggest names, including Kenny Chesney, Brad Paisley, Carrie Underwood, Alan Jackson, Brooks & Dunn, and Sugarland. He’s earned GRAMMY, CMT, and CMA award nominations in addition to his win earlier this year as the ACM Top New Male Vocalist.