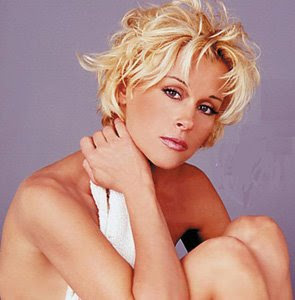 Lorrie Morgan celebrates her 25th anniversary as a member of the Grand Ole Opry this week, and to mark the occasion, she will do a special performance Tuesday night (June 9) during the Opry's early show.

Morgan, who is one of country music's most celebrated artists and recognizable voices, has been a regular on the Opry since her first ever appearance on that venerable stage, when she joined her father George Morgan in a rendition of "Paper Roses." She was barely a teenager when she took that stage in 1975, standing beside her legendary father. Less than 10 years later, she became a member of the exclusive club.

"The Opry has been my comfort zone since I was a baby," Morgan said. "That's where my friends are and the music I love. Being an Opry member is truly the highlight of my career."

Morgan has a career that includes a great number of highlights: seven gold and platinum albums, four Female Vocalist of the Year trophies, 14 Top 10 singles and a dozen albums released. Duet partners range from Frank Sinatra to the Beach Boys. And while many artists could happily rest on these many accomplishments, Morgan always chooses to add more.

also on the Opry Tuesday night a big corporate sponsor announcement:Dollar General Corp. will announce its sponsorship of the Grand Ole Opry on stage Tuesday, June 9 during the 8 p.m. segment. Separately, country music star Trace Adkins will be on hand to help announce an exciting sweepstakes launching soon in all Dollar General stores.

“Many of Dollar General’s customers enjoy listening to the Opry, and supporting this country music tradition is an exciting opportunity for us to reach our customers,” said Rick Dreiling, Dollar General’s chairman and CEO. “We’re also thrilled to work with Trace Adkins and the Opry to offer a special Opry experience for the winner of our Big Stage Sweepstakes.”

Adkins, who will serve as the face of Dollar General’s Big Stage Sweepstakes, will announce the sweepstakes during his Opry performance June 9. The sweepstakes launches June 28 and runs through Oct. 1, 2009. Dollar General will award more than 2,000 exciting prizes, including a grand prize trip to Nashville to meet Adkins and watch him perform live on the Opry plus $50,000 cash.