It's Official Carrie is ENGAGED! 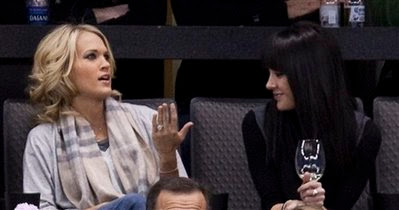 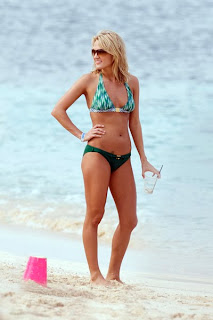 In a dispatch from the Ottawa Citizen newspaper....the rumors are confirmed.....nothing from Carrie BUT as you will read she's headed to the altar!

He spoke about the impending nuptials at the morning skate, ahead of his team's game against the Boston Bruins.

"It's true," Fisher said. "We're both obviously excited and very happy and so, exciting times for sure."

A wedding date hasn't been set.

Fisher said he popped the question Sunday, but he wouldn't go into any more details. He has been reluctant to speak about the relationship in the past.

But according to a family friend, Fisher, 29, popped the question at his home Sunday afternoon while surrounded by his family and friends, before texting the good news to many of his close friends later in the day.

"He was pretty excited," said the source, who did not want to be identified. "She's a great gal and I think they're made for each other."

The source said the text message was received around 9 p.m. Sunday. When asked why Fisher might have informed friends via text message, the source merely said, "he's a simple guy."

It's not known where the ring came from but it was given to Underwood, 26, on Sunday. It's believed that none of her family were present at the time.

The couple have been dating for about a year, although they kept the relationship quiet until recently.

The couple hit it off, say observers, and then began dating some time after their initial meeting.