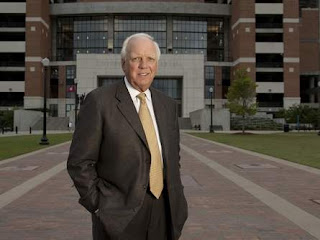 Mal Moore has stepped down as athletics director at the University of Alabama. Moore, who has been hospitalized since March 11 with a pulmonary condition, will become a special assistant to UA President Judy Bonner. Moore was originally admitted to Brookwood Hospital in Birmingham, but was later transported to Duke University Medical Center in Durham, N.C. Last Friday, UA sent out a news release that said Moore was “resting comfortably” and undergoing tests at the North Carolina hospital, but the school has not released any information on his condition since.