March 14, 2013
Icon’s Historic Farewell Concert Series Launching April 5 Nashville, TN (March 14, 2013) – Rock star Meat Loaf is heading to Europe to bid farewell to fans with his “Last At Bat” concert tour. Shows are set to kick-off on Friday, April 5, 2013 at the Newcastle Arena followed by additional stops in Glasgow, London, Birmingham, Nottingham, Manchester, Sheffield, Berlin, Munich, Hamburg and more. The Grammy-winning singer will be launching a U.S. tour before taking a final bow later this year. Meat Loaf will be joined by his acclaimed band, The Neverland Express, during the special concert series. The legendary singer/actor will perform some of his greatest hits as part of the two-act show. Songs from his entire breakout album, Bat Out Of Hell, will be performed in their original order. Bat Out Of Hell has remained one of the top-selling albums in the world since its release in 1977. More than 45 million copies have been sold, and it continues to sell more than 200,000 copies each year while remaining on the charts in Europe. Hell In A Hand Basket is the icon’s latest CD. Celebrated as one of the most extraordinary performers of all-time, Meat Loaf has appeared on Broadway and appeared in more than 50 films and television shows. His most notable roles include Rocky Horror Picture Show and Fight Club. Tickets for the European tour are now on sale at: www.ticketmaster.co.uk, www.livenation.co.uk and www.ticketmaster.de. Special VIP Meet & Greet packages are also available, giving fans the ultimate Meat Loaf experience. 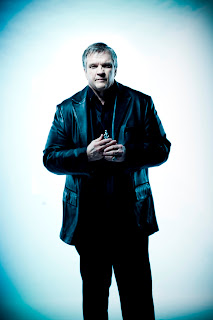