Kasey Musgraves Getting Tons of Buzz!

March 20, 2013
Nashville, TN – Mercury Nashville singer/songwriter Kacey Musgraves releases her debut album Same Trailer Different Park today. The anticipated album by the 24-year old is co-produced by Musgraves, Shane McAnally and Luke Laird. Kacey co-wrote all tracks on the album. This past Sunday Kacey was the subject of a four-page profile titled “With A Rebel Twang” in the highly regarded New York Times Magazine. Read it here. 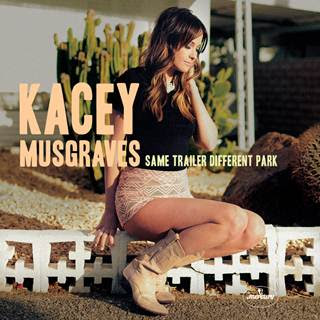 Reviews of Same Trailer Different Park are already coming in. Rolling Stone gave Kacey’s debut outing a glowing FOUR out of FOUR Star review and labeled her as an “Artist To Watch.” The iconic music magazine says “Same Trailer Different Park proves Musgraves is for real,” adding “The album showcases a songwriting voice you won’t hear anywhere else in pop: young, female, downwardly mobile, fiercely witty.” Entertainment Weekly gave the album a grade A- review and touted “On her [Musgraves] confident, melodic major-label debut, Musgraves' vocals are pleasingly agile, but what Same Trailer Different Park continually showcases is her writing prowess.” And the Washington Post exclaimed “Her magnificent new album ‘Same Trailer, Different Park,’ contains some of the most straightforward storytelling you could ever ask of a dozen country tunes. No bells, no whistles, no throwaway lyrics — just 12 pithy singalongs, often beautiful, sometimes brilliant.” With her album now in stores, Kacey will attend the 48th Annual Academy of Country Music Awards held in Las Vegas on April 7 where she holds THREE nominations; nominations include FEMALE VOCALIST OF THE YEAR and VIDEO OF THE YEAR (Artist & Producer). She had previously received a nomination for New Female Vocalist. Catch Kacey on the road this summer with Kenny Chesney on the No Shoes Nation stadium tour which began this past weekend in Tampa, FL. For a full list of tour dates please visit www.kaceymusgraves.com.