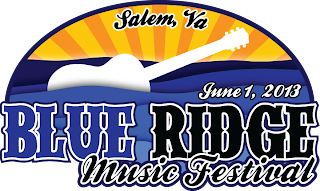 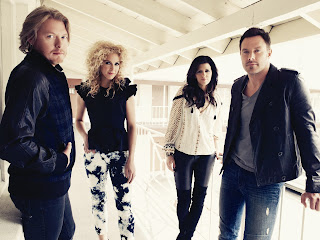 General Admission Tickets Available for $35; Limited Number of VIP Tickets Available for $99.50 Nashville, Tenn. (March 4, 2013) – On Saturday, June 1, CMA and Grammy award winners Little Big Town and CMA award winner and Grammy nominee Hunter Hayes will headline the star-studded Blue Ridge Music Festival at Salem Stadium in Salem, Va. Charles Esten, Deacon Claybourne on ABC’s hit show “Nashville,” Gloriana, Colt Ford, Greg Bates, Will Hoge and Virginia’s own legendary party band, The Skip Castro Band, round out the lineup of this day-long event. Tickets are currently on sale at the Salem Civic Center box office, all Ticketmaster locations and charge by phone at 1-800-745-3000. General admission field tickets and reserved stadium seats are $35.00 plus additional fees. There will also be a very limited number of VIP tickets available for $99.50 plus additional fees that will include: Preferred reserved seating or general admission tickets Preferred parking VIP express entry Exclusive invitation to festival after-party Private bathrooms Private cash bar (beer & wine only) Complimentary boxed lunch Commemorative Blue Ridge Music Festival poster “We are very pleased to be partnering with Mike Smardak and the fine people at Outback Concerts on this event and hope to make the Blue Ridge Music Festival an annual event in Salem Stadium,” says Carey Harveycutter, Salem’s Director of Civic Facilities. “We’re excited for this event,” states Mike Smardak, President of Outback Concerts. Salem has played host to a number of major stars for stadium shows in the past decade. In 2005, Salem Memorial Ballpark welcomed Bob Dylan and Willie Nelson to the stage, in 2006, Dierks Bentley and Miranda Lambert headlined the festival and in 2011, the Zac Brown Band performed at Salem Stadium. About Little Big Town: Grammy-winning country group, Little Big Town--consisting of members Karen Fairchild, Phillip Sweet, Kimberly Schlapman and Jimi Westbrook--first entered the music scene over 13 years ago with hits such as “Boondocks,” “Bring It On Home,” “Good As Gone” and Grammy-nominated single “Little White Church.” The quartets fifth studio album Tornado was released on September 11, 2012 and debuted at the top of the Billboard Country Chart where it stayed in the #1 position for five consecutive weeks. The album, produced by Jay Joyce, includes 2x platinum-selling #1 hit single “Pontoon” and current single, title-track “Tornado,” which is currently sitting at number 4 on the charts climbing. Collectively, the group has earned over 25 award show nominations and has taken home the award for ACM Top New Vocal Group, CMA Single of the Year (“Pontoon”) and a Grammy Award for Best Country Group/Duo Performance (“Pontoon”). The foursome has played in front of over 4 million people to-date and is currently headlining their Tornado Tour across the US and Canada and will join Keith Urban on tour later this summer. About Hunter Hayes: Hunter Hayes, three-time GRAMMY nominated artist - including nods for Best New Artist, Best Country Album and Best Country Solo Performance for “Wanted” - is a multi-talented writer, musician, producer, and performer. The celebrated multi-platinum selling artist is the only Best New Artist nominee to play every instrument, write/co-write every song and co-produce his critically acclaimed self-titled debut album. CMA’s reining New Artist of the Year and ACM New Artist of the Year nominee, Hayes has been touring and performing live for decades. He has played to sold out venues across the US and Canada on his MOST WANTED headline tour and is currently touring with Carrie Underwood on her “Blown Away Tour.” The Louisiana native has also shared the stage with Taylor Swift, Rascal Flatts, Keith Urban, Lady Antebellum, Trace Adkins, Brad Paisley, and Hank Williams, Jr. This multi-instrumentalist continues to garner praise from fans and critics alike with performances on CBS’ Late Show with David Letterman , Late Night with Jimmy Fallon, Good Morning America, The Ellen DeGeneres Show, The View and The Tonight Show with Jay Leno. ###