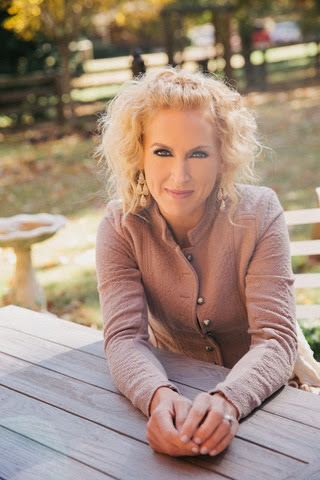 NASHVILLE TN (Friday, January 17, 2014) – Little Big Town’s Kimberly Schlapman took home the award for “Best Home Chef in a Series” last night at the 5th Annual Taste Awards in Los Angeles for her GAC cooking show Kimberly’s Simply Southern. The award show honors the year’s best in food, fashion and lifestyle programs on television, film, online and radio. "Looking back on the memories of me as a little girl standing at our kitchen counter pretending to have my own cooking show makes this award such an honor and privilege to receive," said Kimberly. "Thank you so much to the Taste Awards and to the fans who took the time to vote for me and make this dream come true! I am so very grateful." Kimberly’s Simply Southern is currently filming season 3 and is expected to premiere this spring on GAC. To view photos, recipes and video clips please visit: http://www.gactv.com/gac/pac_ctnt/text/0,,GAC_26058_105664,00.html. About KSS: Kimberly's Simply Southern is a one-of-a-kind cooking show featuring country artist and founding member of the band Little Big Town, Kimberly Schlapman. Her passion for making simple, home cooked recipes with her family and fellow country artists back home keeps Kimberly hunting for culinary treasures while on the road. Guests to appear in season 3 include Lady Antebellum’s Hillary Scott, Jewel, Eric Paslay and the members of Little Big Town. About Kimberly: For the past fourteen years, Kimberly Schlapman has brightened stages worldwide as a member of country foursome Little Big Town. This spring, she’ll fulfill a lifelong dream with the third season airing of Kimberly’s Simply Southern, a half-hour cooking show on GAC. Kimberly grew up in the northern foothills of Georgia where cooking was an enormous part of Kimberly’s upbringing. She calls both of her grandmothers “incredible” cooks but it was her mother who taught her not just how to cook, but how to take care of people with food. In 1987, Kimberly left home to attend Samford University, where she met fellow vocalist Karen Fairchild. After graduation, both women moved to Nashville, which is where the idea for Little Big Town was born. The addition of Jimi Westbrook and Phillip Sweet filled out their signature harmonic sound and five albums later; they’re still going strong. Kimberly currently lives in Nashville with husband Stephen and daughter Daisy Pearl.