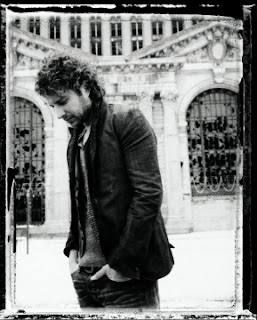 NASHVILLE, TN – April 19, 2011 – Award winning singer/songwriter Dierks Bentley is featured for the second year in a row in Esquire’s annual Music Issue, available on newsstands next Tues., April 26.  Bentley was asked to write a guest column for the issue.  In his piece “How to Write a Song (for a Woman),” Bentley encourages songwriters to begin the writing process with an acoustic guitar and learn a couple chords before focusing on what he calls the foundation – lyrics.
“Avoid the generic. The only reason Justin Bieber can get away with a whole chorus that uses only the words baby and ooh is because he's Justin Bieber. Specificity and originality beats cliché every time,” advises Bentley.  “Unless you've got Dr. Luke building you a monster track, you aren't going to be able to hide crappy lyrics behind the music.”
He goes on to add about the song’s delivery, “And if you screw up, it's no big deal. When I forget the words during a show, I rewrite them on the spot. No one ever seems to mind. She won't either. (Some emergency rhymes: Crazy/baby, girl/world, apart/heart, desire/fire.) The key to screwing up a song is to laugh it off and press on. No matter what happens, good things are waiting for you after that last note.”
In addition, Bentley joined five other musicians in the gritty streets of Detroit for a two-day fashion shoot with world-renowned photographer Danny Clinch.  At the end of the trip, each songwriter was challenged to write, perform and record an original song inspired by the phrase “Last Night in Detroit.” Bentley’s song “Line No. 7” grapples with the struggles many Detroit workers have faced as the auto industry attempts to stay afloat by outsourcing work. The track is now available on iTunes for download with proceeds benefitting Big Brothers and Big Sisters of Detroit.

To download “Line No. 7” and to get a behind-the-scenes clip of the shoot and recording se