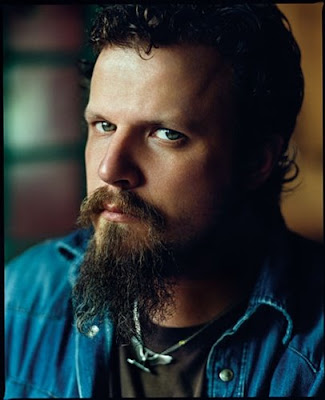 Country music is changing. It’s headed back to where it belongs, a place of tradition, honesty, respect, and finely crafted songs filled with heart, soul, and plenty of steel. Traditional country music still has an audience, it is very relevant, and it is very much alive and well .... and it’s in the very talented hands of Jamey Johnson!! If Music Row didn’t hear the message brought forth in the revival onstage at the Ryman tonight, they weren’t listening!!

Jerrod Neiman and Randy Houser did a fine job of presenting their material, and it was refreshing and reassuring to see them open the show for their friend. But once Jamey stepped onstage, they quickly vanished in his wake. He very nearly raised the Ryman’s roof!! The Kent Hardly Playboys are some of the finest players to be found, but the real star of the show is Jamey’s rich voice which he wraps around the lyrics like thick warm blanket, and his delivery of true country songs, whether his own songs or those of the legends, which he makes his own. We witnessed another step in the making of a legend ... something I’ve been preaching for well over a year now ... and we all got a lesson in class, honor, and dignity. Jamey also let the crowd in on a well-kept secret. His great wit and his big smile.

Jamey was dead on tonight, and he was truly having the time of his life! He was at his absolute best. The only problem with the show was it was too short .... and it was over two hours, that was Jamey’s portion alone. He did most of the tracks off his new album, inviting Teddy Gentry and Rob Hatch on to sing back-up on That Lonesome Song.
Here are some more highlights and special treats for the audience:

-he searched the crowd and found him sitting in hte pews, to which Jamey Remarked,"whoever made Bill Anderson buy a ticket oughta get fired’ and then told the light crew to "get that spotlight off me for now and get it on Mr. Bill Anderson.... I Thank God Nashville’s got songwriters like Bill Anderson"

- Jamey told the story of meeting Mel Tillis for the first time a few weeks ago down in Key West, and of writing a song together, then he called Mel out onstage. Mel said he didn’t know what he was doing out there ... he and Jamey sang the song they wrote, which we can probably look forward to hearing on Jamey’s next album .... Jamey also treated the crowd to his Mel impression

-At much urging from Jamey, Bill got up and came onstage - joining Buddy Cannon, they sang their hit "Give It Away"

- Jamey brought all the members of the Traler Park out to sing the last 3-4 songs of the show with him: Dallas Davidson, Wayd Battle, Jerrod Neiman, Rob Hatch, Randy Houser - during the last song, the crowd was treated to Jamey’s Willie Nelson impression, where he sings while holding his nose ... sounds exactly like Willie and is hilarious to watch

- for the grand finale, every one of his guests came out and they sang "I’ll Fly Away" – just before launching into it, Jamey said he couldn’t think of a better way to close the show than the way Willie ends each one of his - at his urging, the crowd came to their feet and joined right in

Throughout the night, Jamey paid tribute to his friends, mentors and the greats of country music - he really let the people know what was important to him and everyone saw his love for the heritage of our music and the greats in this business. He also spoke of his friend, the late Randy Hardison, when explaining to the crowd about the evening’s beneficiary, The Opry Trust Fund - he always has an amp which belonged to Randy onstage with him. Jamey is all about friends, legends who have paved the way for artists of today, and relationships in this business, he’s not just out for "the fame, and the glory, and the money" as he wrote in "That Lonesome Song", the album’s title track. The people got a very good sense of theat tonight, and they got way more than $20 worth of a show tonight. What they saw was precious, and priceless - one of the most memorable shows I’ve seen in my life, and I’ve seen thousands of shows. This one is in the top 5 of all time.

Hope this adequately describes what I witnessed ... it was AN AWESOME SHOW!!!