Rascal Flatts Back in Vegas 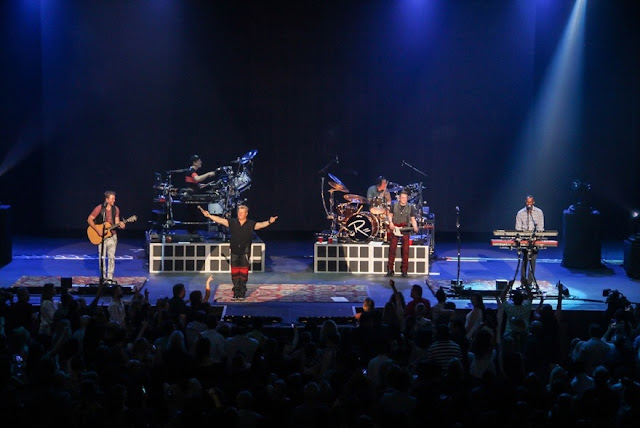 Nashville, TN (February 22, 2016) - ACM Vocal Group Of The Year nominees, RASCAL FLATTS, began their second Vegas Residency: Rascal Flatts Rhythm & Roots last Wednesday (2/17) with a raucous extended weekend full of “fans singing every word” (Las Vegas Sun) as the "trio blasted through hit after hit"  (Las Vegas Review Journal.) The Superstar vocal group, returning to The Joint at Hard Rock Hotel & Casino after a successful debut residency there last year, offered fans a change of pace with a stripped-down setup allowing fans to fully engage with the band as they performed their biggest hits. With the festivities in full swing on Saturday, the trio also welcomed special guest Brian McKnight to the stage for moving renditions of “Back At One” and “One Last Cry.”

Rascal Flatts (Gary LeVox, Jay DeMarcus and Joe Don Rooney) will pick back up in Las Vegas on Wednesday (2/24) for six more shows as part of their residency, joined by “The Voice” finalist Barrett Baber. The trio’s single “I Like The Sound Of That” is currently in the Top 15 at Country radio and climbing. The best-selling country vocal group of the past decade Rascal Flatts has scored 15 #1 songs, sold over 23.1 million albums, over 31 million digital downloads worldwide to date. For more information please visit www.rascalflatts.com.