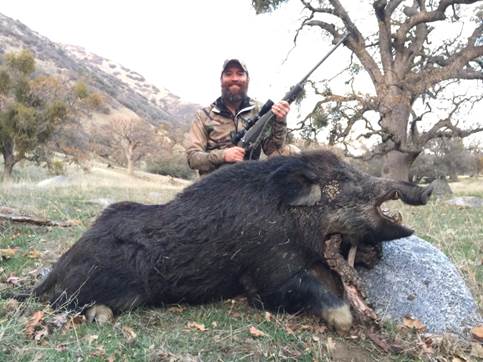 The episode, airing Feb. 14 at 6 p.m. ET (re-air Feb. 17 at 1 p.m. ET), follows Turner and Pawlawski in the hills of California’s San Joaquin Valley as they seek out a mammoth 300+ lb. wild boar. Preview the episode HERE.

“What an exciting day,” expresses Turner.  “Mike and the guys were great to hunt with and this hog is incredible.  They say he’s in the top 1% of what they see as far as size goes.  It took four grown men to hoist him onto the tailgate!”