October 10, 2014
NASHVILLE, TN –(October 8, 2014) – Blake Shelton brings sunshine to the top of the charts this week as BRINGING BACK THE SUNSHINE debuts at #1 on The Billboard 200 and Billboard’s Top Country Album Chart with 101,000 albums sold. SUNSHINE is only the third country album to top The Billboard 200 this year. The CMA Entertainer of the Year nominee and reigning Male Vocalist debuts at #1 with only six short weeks of airplay on his hot Top 5 single, “Neon Light.” 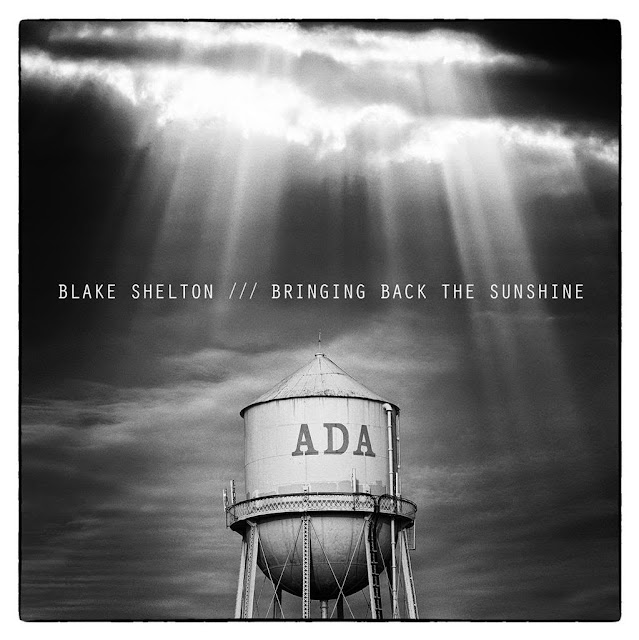 “With his third consecutive # 1 album debut, Blake continues to make magic every time he records a song,” said Warner Music Nashville President & CEO, John Esposito. “He's made another masterpiece with BRINGING BACK THE SUNSHINE that is resonating with fans, critics and the industry. We are so blessed to have Blake in the Warner Music Family and be a part of his historic career.” SUNSHINE finds Blake coast to coast with performances of “Neon Light” on The Today Show, Live With Kelly and Michael, The Tonight Show Featuring Jimmy Fallon and his sold-out show at the Hollywood Bowl last Saturday night. With features in USA Today, Entertainment Weekly plus reviews from People Magazine the Los Angeles Times, AP and more, SUNSHINE is “One of Shelton’s strongest recent efforts,” (Billboard Magazine). BRINGING BACK THE SUNSHINE Track Listing Bringing Back The Sunshine Neon Light Lonely Tonight feat. Ashley Monroe Gonna A Girl Sangria Buzzin’ feat. Rae Lynn Just South of Heaven I Need My Girl Good Country Song Anyone Else Just Gettin’ Started BRINGING BACK THE SUNSHINE is produced by longtime friend and collaborator Scott Hendricks. Shelton recently wrapped up his sold-out Ten Times Crazier Tour 2014, which included performances at NYC's Madison Square Garden, LA's historic Hollywood Bowl and Chicago's Wrigley Field Stadium (playing to a capacity crowd of over 40,000 fans as only the fourth country artist to have ever played the iconic 100 year-old ball park). Celebrating thirteen years since his first single "Austin" hit the top of the country radio charts, Shelton holds 17 No. 1 singles to his credit, recently breaking his own record for most consecutive No. 1’s at country radio. With 12 singles, including five from his last album alone, Shelton has the most No. 1's in a row on the country radio charts by any artist. Joining the ranks of the Grand Ole Opry as a member since 2010, Shelton has earned a host of awards and nominations throughout his career, including three new CMA Award nominations this year for Entertainer of the Year, Male Vocalist of the Year and Song of the Year for "Mine Would Be You." Shelton returned as a coach for his seventh season of NBC’s Emmy winning reality competition series, The Voice, which premiered September 22nd. For more information and upcoming tour dates, please visit: www.BlakeShelton.com and follow @BlakeShelton.