St Jude Party at The Opry

September 23, 2014
GRAND OLE OPRY CELEBRATES 25th ANNIVERSARY OF COUNTRY CARES FOR ST. JUDE KIDS® NASHVILLE, Tenn. (Sept. 23, 2014) – The Grand Ole Opry® celebrated the 25th anniversary of Country Cares for St. Jude Kids® during a special show this evening. Performers included Charlie Daniels Band, Jonathan Jackson and Sam Palladio from ABC’s Nashville, Bill Anderson, Eric Paslay, Randy Owen, Maddie and Tae (making their Opry debut), and Brad Paisley, who performed some of his hits and new music from MOONSHINE IN THE TRUNK. During the show, photos and videos of special moments from 25 years of Country Cares for St. Jude Kids® played on the Opry’s signature barn screen and Opry guest announcer Audrey Stanger, a nine-year old St. Jude patient, was surprised on stage by Charlie Daniels with a dozen roses and an autographed guitar. A portion of the proceeds from tickets sold for tonight’s show will be donated to Country Cares for St. Jude Kids®. St. Jude Children’s Research Hospital® is leading the way the world understands, treats and defeats childhood cancer and other life-threatening diseases. The Country Cares for St. Jude Kids program began in 1989, after Randy Owen, lead singer of the music group Alabama, met St. Jude founder Danny Thomas. Since its inception, Country Cares has become one of the most successful radio fundraising events in the nation. Thanks to the support of generous donors, families never receive a bill from St. Jude for treatment, travel, housing and food – because all a family should worry about is helping their child live. About Country Cares for St. Jude Kids® St. Jude Children’s Research Hospital has been actively involved in radio event fundraising for 25 years, raising national awareness and more than $500 million to help St. Jude fight childhood cancer and other deadly diseases. Every year, approximately 1,000 country music industry leaders gather in Memphis every January for the Country Cares for St. Jude Kids® program to support the lifesaving work of St. Jude Children’s Research Hospital®. About the Grand Ole Opry The Grand Ole Opry® is presented by Humana®. Opry performances are held every Friday and Saturday of the year, and the Tuesday Night Opry continues through December 9. To plan an Opry visit, call (800) SEE-OPRY or visit opry.com. The Opry presents the best in country music live every week from Nashville, Tenn. Celebrating 89 years of entertainment, the Opry can be heard on 650 WSM-AM, SiriusXM Satellite Radio, opry.com, and the Opry’s mobile app. The Grand Ole Opry is owned by Ryman Hospitality Properties (NYSE: RHP). For more information, visit opry.com 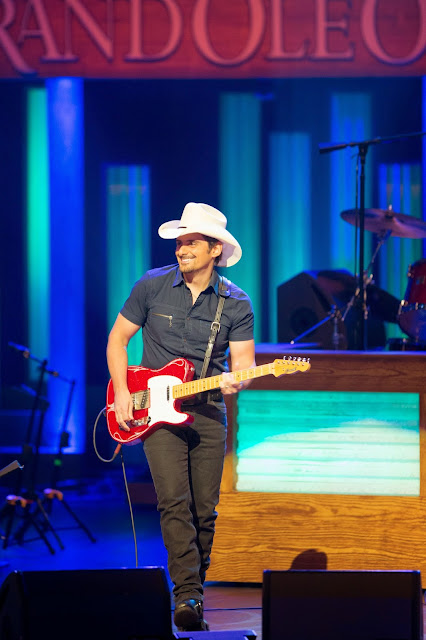