Brad and Sarah at the Opry 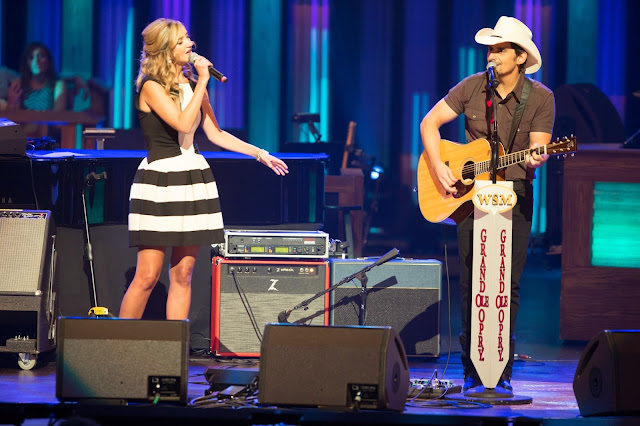 BRAD PAISLEY MAKES GOOD ON HIS OFFER TO SARAH DARLING; PAIR PERFORMS “WHISKEY LULLABY” TOGETHER ON GRAND OLE OPRY NASHVILLE, Tenn. (July 19, 2014) Last night on the stage of the Grand Ole Opry, country superstar and Opry member Brad Paisley and former Rising Star contestant Sarah Darling performed Paisley’s hit “Whiskey Lullaby.” This was the fulfillment of the invitation he extended to Darling last week during the live broadcast of ABC’s new hit singing competition Rising Star after she was eliminated from the show by just a fraction of a percentage in the votes. Paisley introduced Darling before the performance, saying “Welcome home – back to the place you belong, Nashville, Tenn.” Darling responded, “There’s no place like home.” Tune in for Rising Star on ABC, Sunday evenings through August 24, 9:00pm ET.