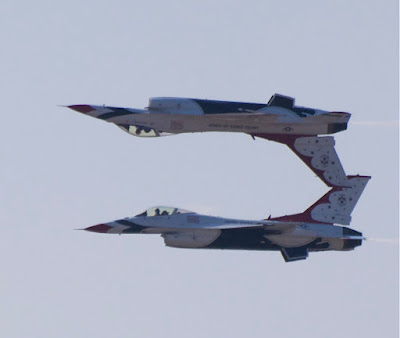 12/12/2011 - NELLIS AIR FORCE BASE, Nev. -- The U.S. Air Force Thunderbirds have announced their 2012 show schedule. The team is set to perform more than 60 demonstrations in 33 locations, including two shows in Canada.

The team, officially known as the U.S. Air Force Air Demonstration Squadron, will again kick-off their season by performing a flyover for the 54th running of NASCAR's Daytona 500 on Feb. 26. The remainder of the schedule is as follows:

"We are excited about the upcoming season and representing our fellow American Airmen," said Lt. Col. Greg Moseley, who will command and lead the team in the 2012 show season. "We feel honored to tell the story of U.S. Air Force Airmen serving on the front lines of freedom around the world. We will proudly represent each Airmen with the same pride, precision and professionalism in which they perform their duties each and every day".

The coming year will mark the 59th of the Thunderbirds existence, dating back to 1953 when the team flew the straight-winged F-84G Thunderjets. This season will mark the 30th season the squadron has performed in the F-16 Fighting Falcon, the Air Force's premier multi-role fighter aircraft.

A Thunderbirds aerial demonstration is a mix of formation flying and solo routines. The pilots perform approximately 40 maneuvers in a demonstration. The entire show, including the beginning ground ceremony, lasts about one hour. The air show season lasts roughly from March to November, with the winter months primarily used to train new team members. 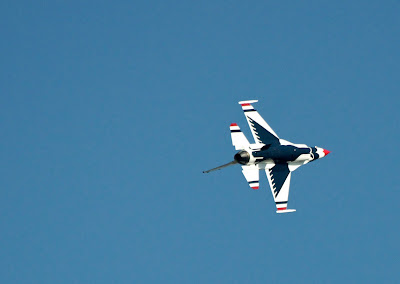