MIRANDA LAMBERT EXCITED TO SHARE SOME DETAILS ON FOUR THE RECORD 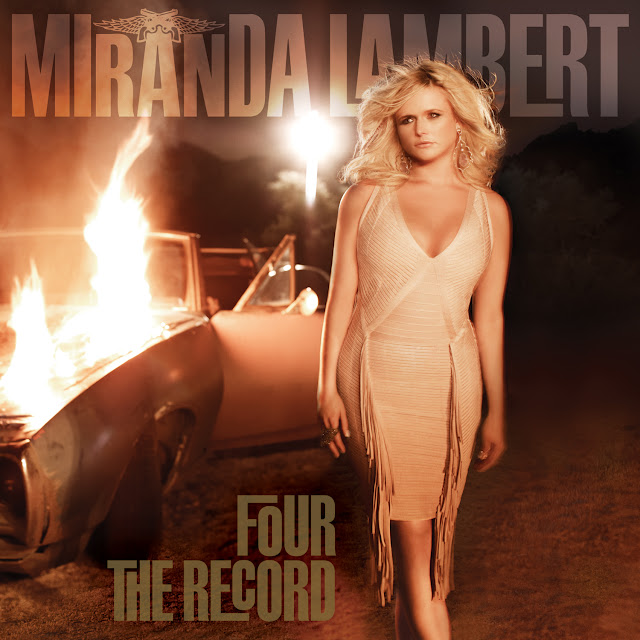 The 14 Song Album + Limited Deluxe Edition Out November 1
– With less than two months until the release of her new album Four The Record, Miranda Lambert is anxious to get the music heard. “I’m so ready for the fans to hear it,” said Lambert. “‘Baggage Claim’ is such a groovy song and I’m glad it’s the first single.  But just like Revolution, not one song represents the whole album. There are ‘All Kinds Of Kinds’ of music on the Record, and I’m so excited for it to get out there.”
In addition to the 14 song album that will be released November 1, there will also be a Limited Deluxe Edition version of the album that includes a bonus song and a DVD featuring Miranda sharing stories behind each song.
Of the 14 tracks on the album, Miranda wrote or co-wrote six of them including “Baggage Claim” which features Josh Kelley on background vocals and Steve Winwood on the B-3 organ. One of the albums highlights is a duet with fellow artist and husband Blake Shelton on “Better In The Long Run.” The song was written by one of her Pistol Annie’s sisters, Ashley Monroe along with Lady Antebellum member Charles Kelley and songwriter Gordie Sampson. Miranda’s friend Brandi Carlile, who sang at her wedding, penned “Same Old You,” and also provided background vocals.
“To me, part of having a long career is to keep reinventing yourself, keep reinventing your music, and make it fresh. And it’s kind of crazy to think that I’m on my fourth record, and after what Revolution did for my career, I was nervous, but what am I gonna do? So I just started writing, started collecting songs, finding songs, and listening to artists, and I just found that I’m gonna just let the music lead it. I just think I followed my heart.”
Earlier this week, the reigning CMA Female Vocalist of the Year received two CMA nominations for the upcoming awards show including Female Vocalist and Music Event of the Year for Coal Miners Daughter” with one of her hero’s Loretta Lynn and Sheryl Crow. The show airs live on ABC on November 9.