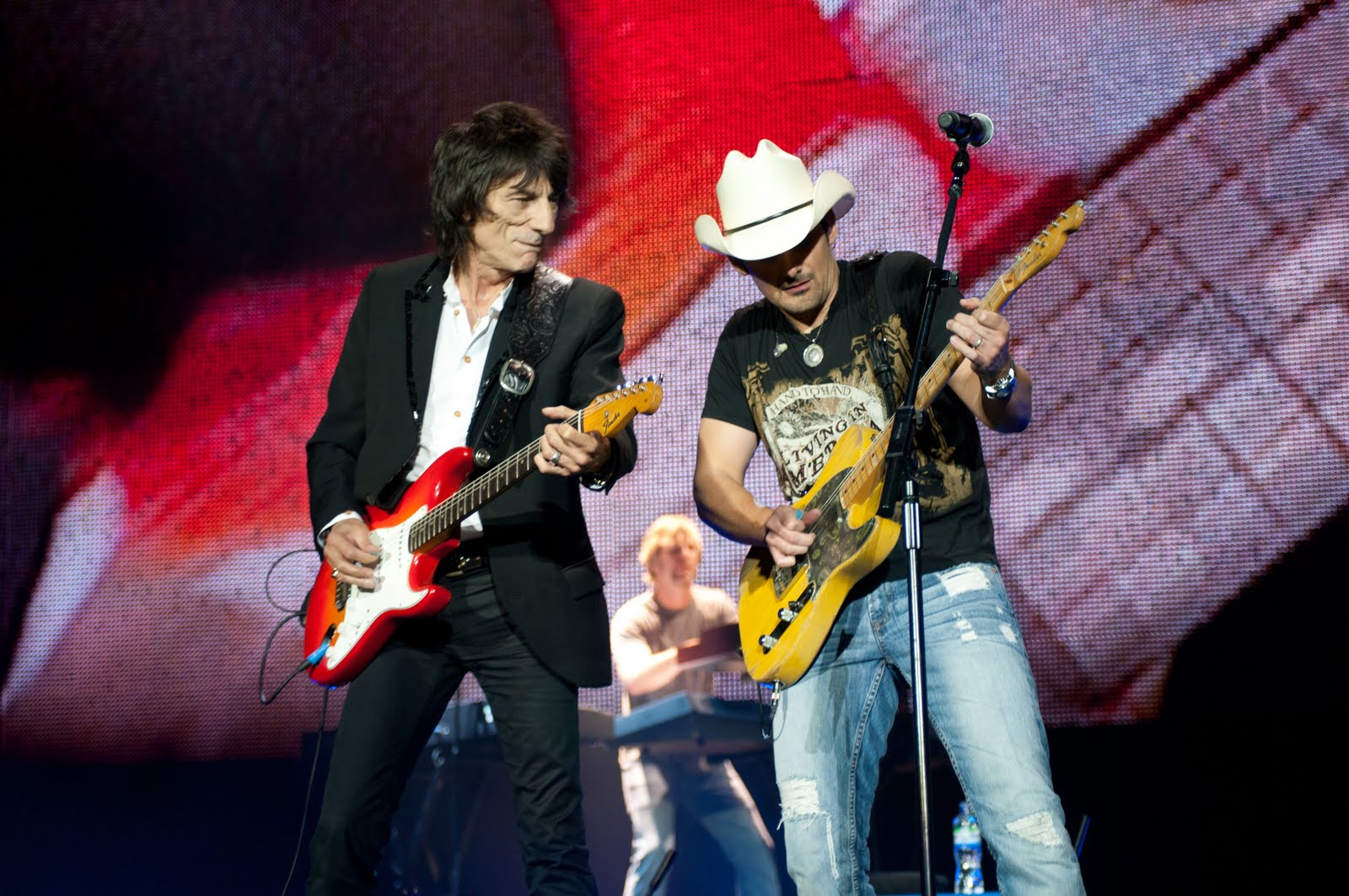 BRAD PAISLEY PACKS O2 ARENA IN LONDON
Continues European Tour to Ireland and Scandinavia
NASHVILLE, Tenn.  (Aug. 18, 2011)  CMA Entertainer of the Year Brad Paisley performed last night before a full house at the O2 Arena in London, England. During the encore Ronnie Wood (Rolling Stones) joined Paisley as a surprise guest and they performed “Let The Good Times Roll” then ended the show with support act Darius Rucker joining them on Paisley’s hit “Alcohol.”
This afternoon Danny Baker, award winning radio DJ in London, opened his radio show,  The Danny Baker Show, BBC London  with, “In 1975 I saw Bruce Springsteen at Hammersmith Odeon and last night I saw the best gig since!” and then played Paisley’s hit “Welcome to the Future.”
The European tour continues this weekend with three shows in Ireland and four shows in Norway, Sweden and Denmark next week.
# # # 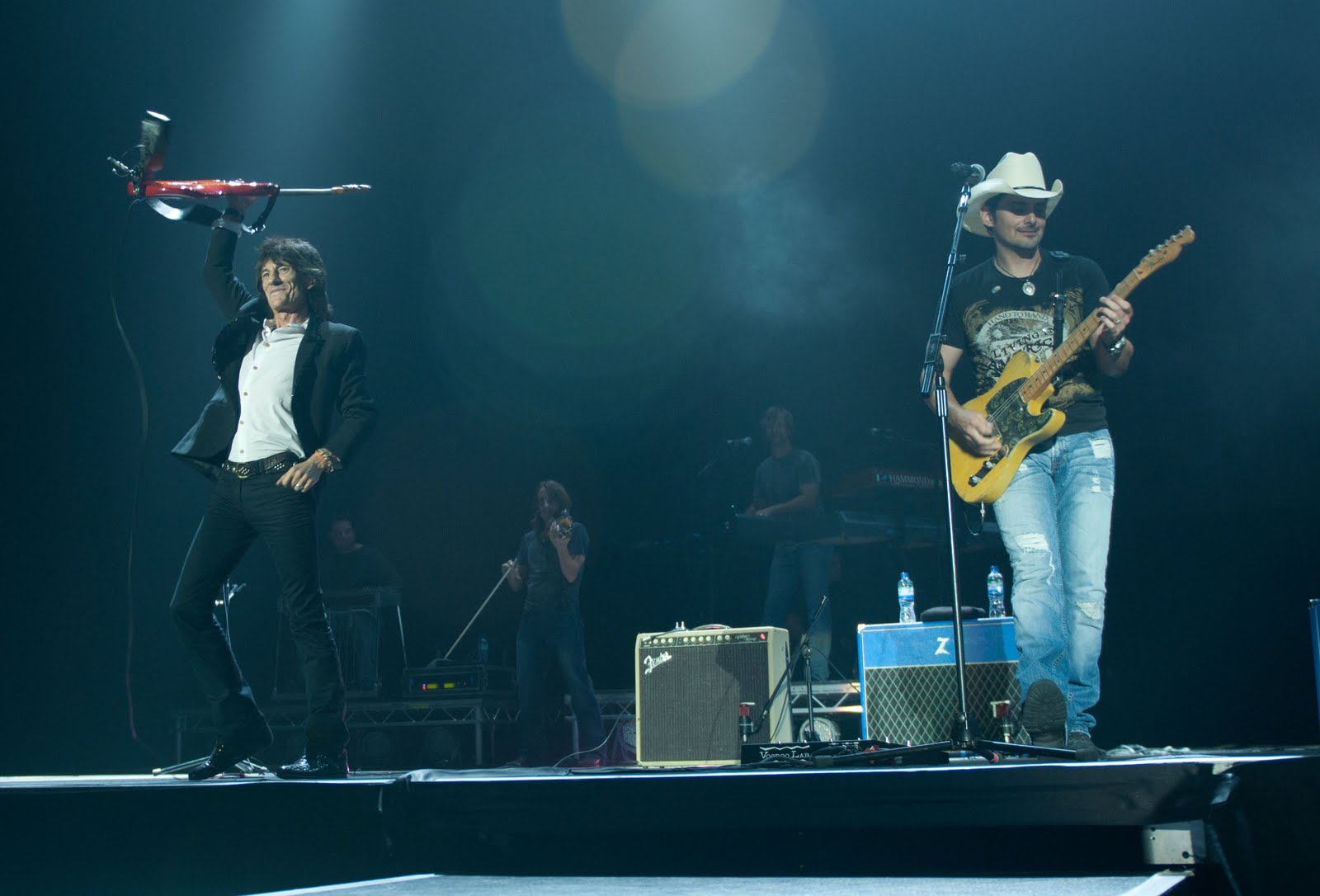 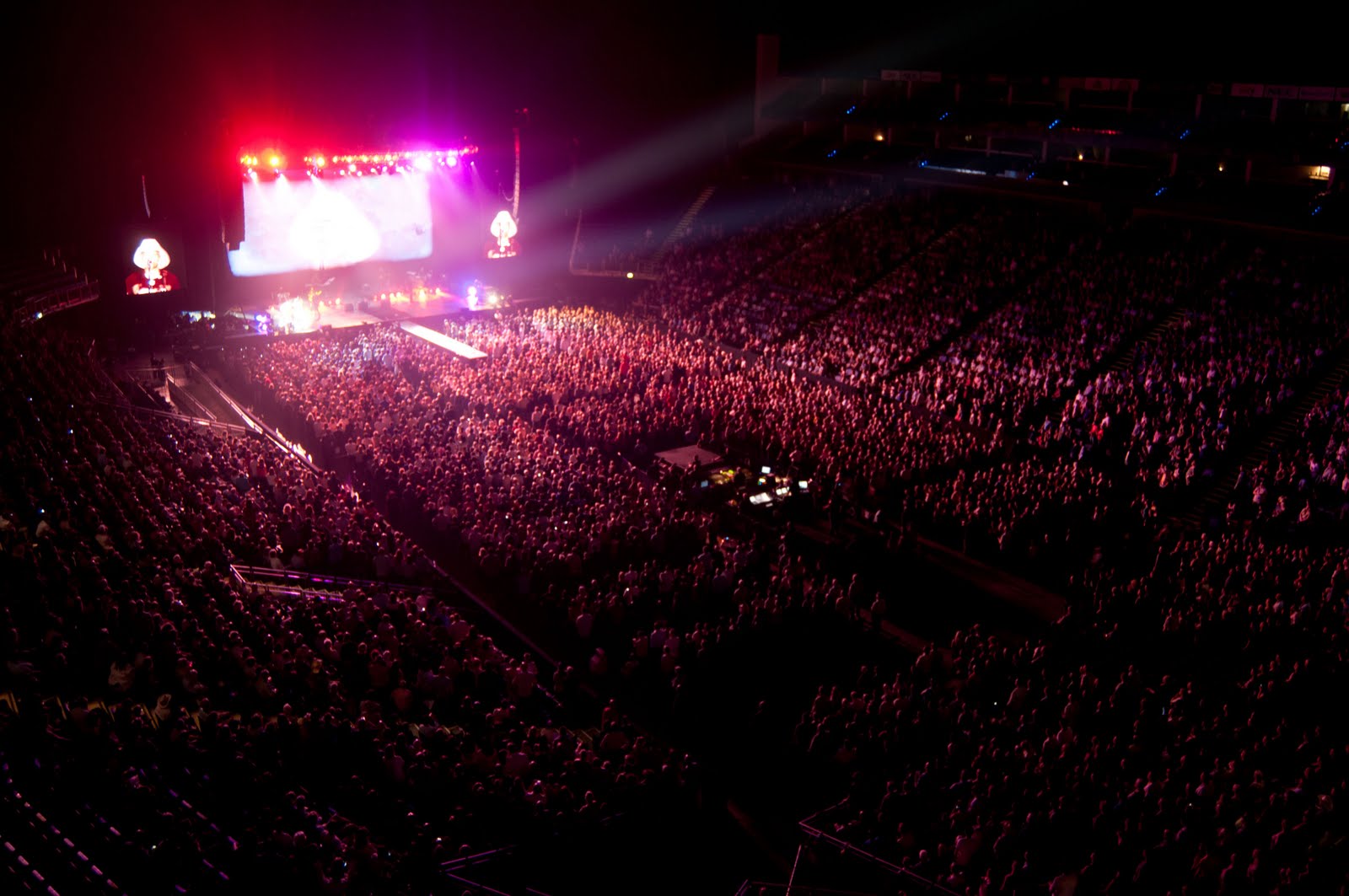