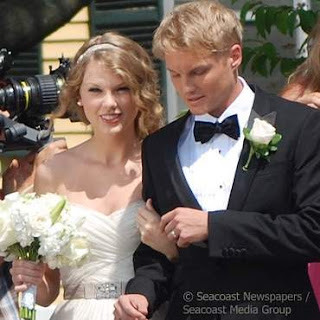 TAYLOR SWIFT TO HOST LIVE WEBCAST
ON TUESDAY, JULY 20TH AT 4 P.M. CDT
Nashville, TN– July 15, 2010
Taylor Swift will be talking to fans around the world live on the web next week!
“I’ve spent the last two years out on the Fearless tour and working on my new record,” Taylor said. “I’ve gotten so many questions from fans -- on Twitter, Facebook, MySpace, my website, everywhere really, and it’s so incredible to see how excited everybody is about what’s next. I want them to be the first to know about my new music, and I can’t wait to talk to everybody as directly as I can!”
Next Tuesday, Taylor will be live from Nashville, answering questions and talking to fans for the first time about her highly-anticipated third studio album.
TIME: 4:00 p.m. CDT – Tuesday, July 20th
PLACE: Taylorswift.com, MySpace.com/TaylorSwift, Facebook.com/TaylorSwift, Ustream.tv/taylorswift
QUESTIONS: Fans can submit questions directly into the live Ustream chat window on all viewing sites.
Taylor, whose online presence continues to grow exponentially, recently ranked #3 on Forbes magazine’s list of the world’s most powerful celebrities on social media and #12 on the title’s list of celebrity online presence. She currently has over 7 million Facebook friends, 3.6 million Twitter followers and has had over 273.6 million music plays on her MySpace page. This summer, the Country Music Hall of Fame and Museum launched a one-of-a-kind multi-media display focused on Taylor’s innovative use of social networking as part of their “Sing Me Back Home” exhibit.
For updated Taylor Swift news, follow the official Taylor Swift media news twitter at: @taylorswiftnews.