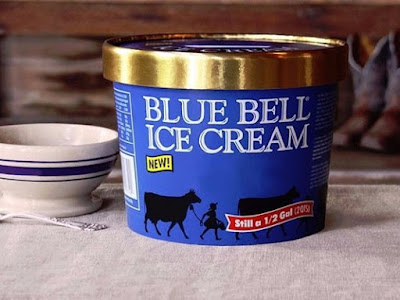 BRENHAM, TX -- Blue Bell Ice Cream is teasing a new flavor on its social media feeds.
The Texas-based ice cream company has been slowly reintroducing its flavors to many of the markets it had withdrawn from after last year's fatal Listeria outbreak forced them to completely shut down production for a time. During the shutdown, the company worked with outside experts to control and eliminate potential sources of Listeria inside the Texas and Oklahoma facilities where the outbreak originated.
While production of the iconic brand has resumed, not all of the company's flavors that were being produced prior to the plant closings are available. Blue Bell has been taking a measured reintroduction, and now has product available in most states and markets where they were prior to the closings.
In this week's social media tease, the company says the new flavor will have fans "dancing in the grocery store aisles."
Our newest flavor is a combination of ingredients from two of our top-selling ice cream flavors," the company goes on to say. "Find out all the sweet details this Friday when we reveal the new flavor and release it to stores the same day!"
The new flavor will be announced Friday, and will be available in most stores the same day.