Translated from GERMAN to English:

The sound was great, just too loud. Simply too loud. Towards the end of the concert he was almost unbearably loud. It can not be but that the texts perish in guitar barrage. It is clear that the Dixie Chicks are not entertainers, but a few words to the audience, for example, announce the next song are always perceived as sympathetic. Ever lacked Song nomination completely. Either go the Dixie Chicks on the assumption that, all who attend the concert bought their CDs and know the songs or why they regarded that as incidental. The organizers could make a contribution with the designation of a byline on the video screens left and right of the stage. Technically bout no problem, the director could easily adjust it, but you'd want it.
Finally, please note that the two-hour concert with about 20 numbers offered a wide musical style width. Noticeably was the enthusiasm of the Dixie Chicks. Hopefully this keeps up for the rest of the tour. 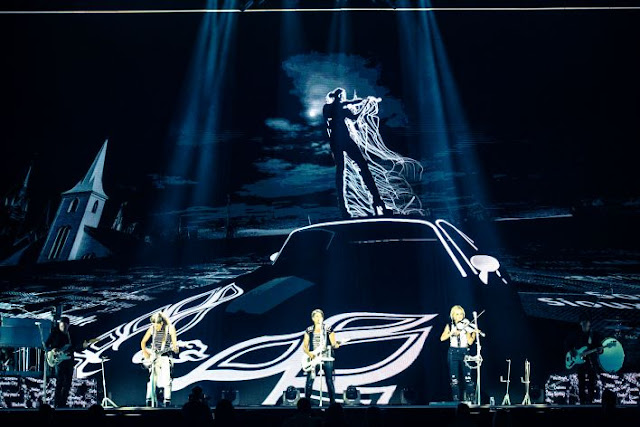 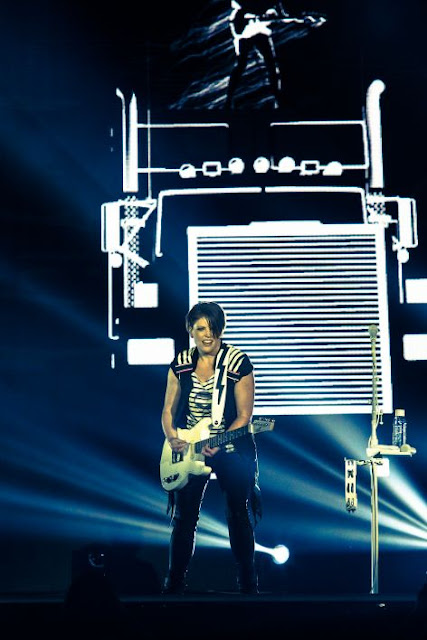