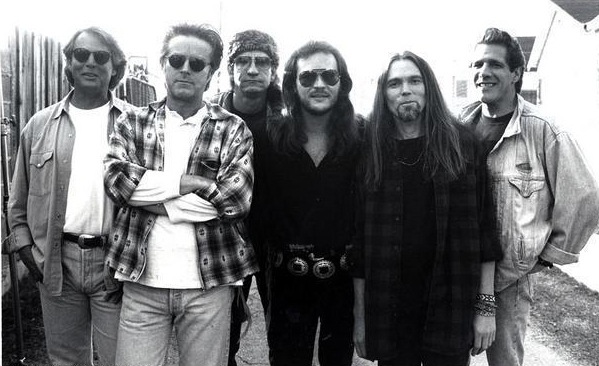 (Nashville, Tenn. – Jan. 18, 2016) – Travis Tritt has released a statement regarding the passing of his longtime friend, founding member and guitarist of the Eagles, Glenn Frey.
Tritt commented, "Glenn Frey and the music he created alone and with The Eagles have been such an inspiration to me. We first met at the video shoot for my version of ‘Take It Easy’ in 1993. He always went out of his way to acknowledge and encourage me ever since. I'm a better person, better musician and a better songwriter having met him. I still can't believe he is gone!"
Tritt’s 1993 release of Eagles’ “Take It Easy” led to a reunion of the famously acrimonious band as they came together to appear in the music video.  The meeting led to reconciliation and the band put aside their differences, eventually reuniting for their 1994 Hell Freezes Over tour.