December 18, 2012
Nashville, TN – Christmas came early this year for new Arista Nashville trio The Henningsens (Brian, Aaron, Clara) as their debut single, “American Beautiful,” receives 77 combined Country Aircheck and Billboard radio adds this week! Among the feats accomplished, “American Beautiful” achieves the most first-week adds of any debut single in Country Aircheck history! Also, since 1999, The Henningsens score the highest impact-week add total for a group! This stunning single receives the most out-of-the-box adds in recent Mediabase history and ties Gretchen Wilson’s 2004 Sony debut “Redneck Woman.” “American Beautiful,” the title track from their debut album and co-written by the trio and Brett Beavers, is also the No. 1 Most Added Song on Mediabase and the Hot Shot Debut on the Billboard Country Airplay chart this week. Fans may purchase “American Beautiful” now on iTunes at http://smarturl.it/americanbeautiful. Their debut album, helmed by multi-million-selling producer Paul Worley (Lady Antebellum, Martina McBride) will be released in early 2013. The family trio consisting of father Brian (bass, guitar, vocals), son Aaron (guitar, vocals), and daughter Clara (lead vocals, guitar), will make their Grand Ole Opry debut on February 2, 2013 at the famed Grand Ole Opry House. The Henningsens have been turning heads in the Nashville songwriting circles for years having penned songs recorded by such artists as Wynonna, Sara Evans, and The Band Perry, whose two-week #1 smash, “All Your Life,” was written by Brian and Clara. Keep up with them on Twitter @TheHenningsens, Facebook at facebook.com/TheHenningsens and on their website at TheHenningsens.com. 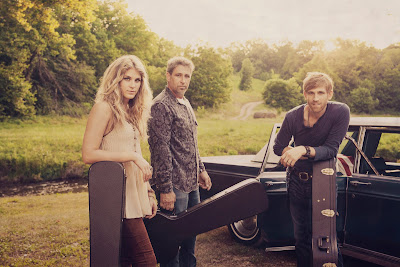