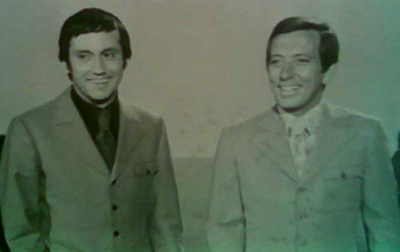 Nashville, Tenn. (September 26, 2012) – Today, music legend Ray Stevens released the following statement regarding the passing of his friend, Andy Williams: "Andy Williams was one classy guy. He was a marvelously talented and generous performer who in 1970, entrusted his nationally acclaimed TV Show and audience to a green kid from Georgia. That kid was me and he changed my life. Thank you Andy and God Bless your wife Debbie, your brother Don, who was my longtime manager, your children and entire family. We miss you already!" Williams, who announced in late 2011 that he had been diagnosed with bladder cancer, died Tuesday at his home in Branson, MO. He was 84. # # #