Skip to main content
February 15, 2012
Nashville, TN – Feb. 15, 2012 – Award winning singer/songwriter Dierks Bentley takes the No. one position this week on Billboard’s Country Albums chart with his sixth studio album HOME, marking Bentley’s fourth career debut in the top spot. The new album’s poignant second single and title track also continues to climb the Top five at radio and has already spawned the rowdy chart-topper “Am I The Only One.” 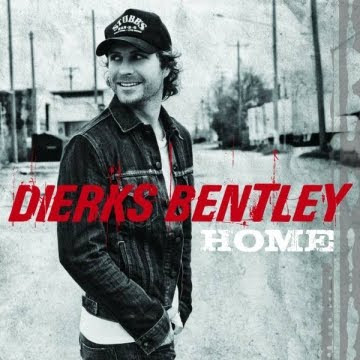 Music critics across the country are weighing in with glowing reviews of HOME all focused around one central theme – Bentley's unique sound that combines his distinctive gravely vocals with a modern blend of acoustic and electric instruments. Entertainment Weekly awarded that sound an A.

“Bentley has always been a big-picture guy, looking to pull together the different kinds of music he loves. On what may be his most cohesive album, he combines rustic sounds of crisp banjo and mandolin with a surging beat that falls between U2 and Waylon Jennings.” – USA Today

“Bentley always utilizes banjo, fiddle, mandolin and especially dobro in his music, but with a modern beat and energy that, along with his distinctive voice, gives him a compelling sound of his own.” – Associated Press

“Home is packed with songs that showcase Bentley as a vocalist and that will feed his energy as a performer on stage.” - Tennessean

“It's Bentley at his country-mainstream best.” – Philadelphia Inquirer