September 13, 2017
Tickets for Nov. 14 Taping at the Grand Ole Opry House in Nashville On Sale Oct. 6 at Opry.com
Track List for Icon's My Kind of Christmas Revealed, Album Out Oct. 13
NASHVILLE—Iconic entertainer Reba McEntire will debut as host for the eighth annual “CMA Country Christmas” event from Nashville’s famed Grand Ole Opry House on Monday, Nov. 27, 8/7C. The two-hour holiday music celebration that airs on the ABC Television Network will feature performances by McEntire and a lineup of today’s best in Country sharing their favorite sounds of the season.
“Christmas is such a special time. It reminds me of growing up in Oklahoma and singing carols with my family,” said McEntire. “I’m just tickled to join a group of some of my best Country buddies onstage to celebrate the holiday season. This is where my love of music began.”
“Reba epitomizes Country and the cheer of the holiday season,” said CMA Chief Executive Officer Sarah Trahern. “She’s also the most nominated female in CMA Awards history, so the fit couldn’t be more perfect.” 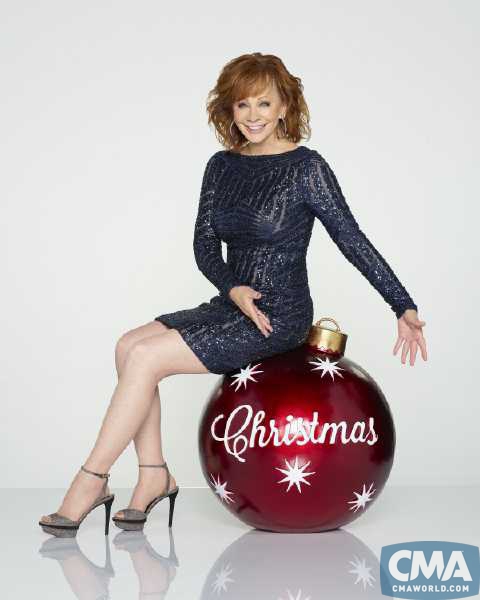 Tickets for the Tuesday, Nov. 14 taping of “CMA Country Christmas” go on sale Friday, Oct. 6 at Opry.com. Artist performer lineup to be announced at a later date.
Leading into the holiday season, McEntire will release My Kind of Christmas Friday, Oct. 13 on Nash Icon Records. The newly-packaged album follows last year’s limited release and includes collaborations with Vince Gill and Amy Grant, Lauren Daigle, Darius Rucker, and Kelly Clarkson and Trisha Yearwood.
My Kind of Christmas Track List:
1. Winter Wonderland2. The Christmas Song (Chestnuts Roasting On An Open Fire)3. Mary, Did You Know? (with Vince Gill and Amy Grant)4. Jingle Bell Rock5. O Holy Night6. Hard Candy Christmas7. Back To God (with Lauren Daigle) (Acoustic Version)8. Santa Claus Is Coming To Town9. O Come All Ye Faithful10. O Little Town Of Bethlehem (with Darius Rucker)11. White Christmas12. Jingle Bells13. I’ll Be Home For Christmas14. Silent Night (with Kelly Clarkson and Trisha Yearwood)
For updates and information, visit CMAChristmas.com or follow us on Twitter @Countrymusic.
“CMA Country Christmas” is a production of the Country Music Association. Robert Deaton is the Executive Producer, Paul Miller is the Director, and Jon Macks is the writer.