The Sound of Music Live! Starring Carrie Underwood, Soars to #1 with 18.5 Million Viewers! 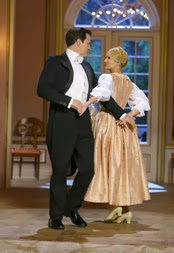 The Sound of Music Live! Dominated Thursday Night Ratings, Surpassing The Big Bang Theory and Earning NBC’s Best Non-Sports Thursday Ratings Since ER and Frasier Finales Nashville, TN – Six-time GRAMMY® winner Carrie Underwood took on the starring role of Maria in last night’s three-hour television production, The Sound of Music Live!, based on the original musical, and fans tuned-in en masse for the special event, with 18.5 million viewers solidifying a #1 primetime win for NBC across all half hours of the broadcast. The Sound of Music Live! dominated the night, delivering NBC’s best 18-49 non-sports Thursday ratings average since the 2009 series finale of ER, and also earning NBC its best non-sports Thursday rating in total viewers since the Frasier season finale in 2004. The Sound of Music Live! not only ranked #1 primetime in all 56 Nielsen-metered markets, but also became the first show since May of 2012 to surpass The Big Bang Theory in P2+ ratings. Also starring TV and theater star Stephen Moyer and Tony Award winners Audra McDonald, Christian Borle and Laura Benanti, The Sound of Music Live! will be released on DVD on December 17. “The Sound of Music” — Music from the NBC Television Event was released earlier this week from Sony Masterworks, featuring studio recordings for all of the musical numbers performed by the cast in the live broadcast, including such Rodgers & Hammerstein favorites as “My Favorite Things,” “Do-Re-Mi,” and the classic title track. Since releasing her debut album in 2005, Carrie has sold over 15 million albums and charted 18 #1 singles, nine of which she co-wrote. Her current album, Blown Away, made history by debuting at #1 on Billboard’s Top Country Albums Chart, making Carrie only the second country artist in the 47-year history of the chart to have each of their first four albums debut at #1. The now Platinum-selling Blown Away album also debuted at #1 on the all-genre Billboard 200 chart, making Carrie only the second country artist in history to have three consecutive albums debut at #1. She is a six-time GRAMMY® winner, a two-time Academy of Country Music Entertainer of the Year, a three-time Country Music Association and ACM Female Vocalist winner, and a proud member of the Grand Ole Opry.