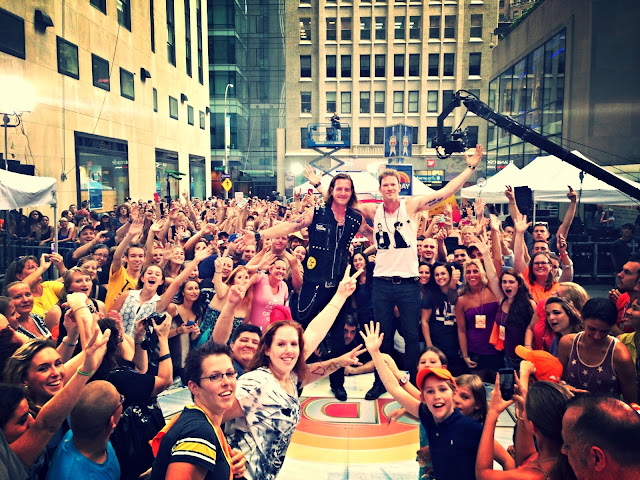 Florida Georgia Line performed for a massive crowd during TODAY’s TOYOTA CONCERT SERIES yesterday (9/2) on NBC. Live from Rockefeller Plaza, the sizzling duo kicked off Labor Day morning with a heat-raising collaboration with Nelly on the 5X PLATINUM “Cruise” Remix, which has sold over 5.5 million downloads. FGL’s Tyler Hubbard (Monroe, Georgia) and Brian Kelley (Ormond Beach, Florida) closed out the set with their GOLD-certified hit “Round Here,” which is on the cusp of #1. The duo has previously garnered back-to-back, multi-week #1 smashes in the US and Canada – breakout debut single and PLATINUM-certified follow-up “Get Your Shine On” – from their PLATINUM-certified debut album HERE’S TO THE GOOD TIMES (Republic Nashville). According to SoundScan, “Cruise” is the third-best-selling Country digital song ever and recently broke the record for longest #1 on Billboard’s Hot Country Songs Chart. The multiple ACM and CMT Music Award winners will headline the HERE’S TO THE GOOD TIMES TOUR 2013 this fall.