Didn't Quite Make It.. 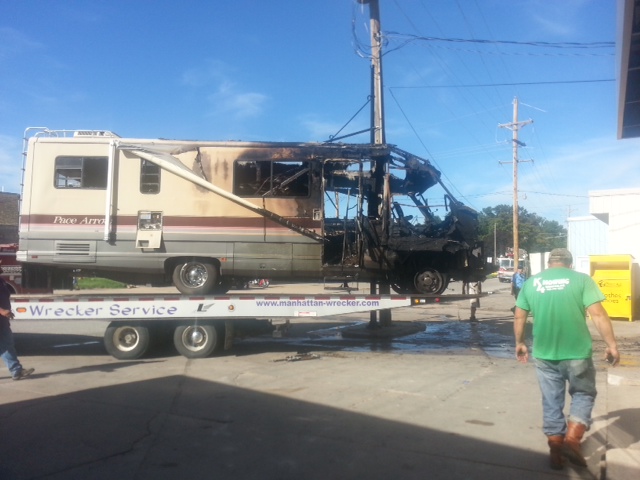 A Country Stampede fan on his way to the annual festival didn’t quite make it Wednesday afternoon. Wamego Assistant Police Chief Paul Schliffke tells KMAN emergency crews responded to the fire at Fourth and Lincoln at about four p.m. The 1989 parked Pace Arrow motor home was a complete loss, with significant damage to the near-by building, identified as the Last Stop convenience store. The owner of the motor home is identified as Walter Hale of Topeka, but the driver who parked the vehicle was William Huckaby of Lancaster. Schliffke says Huckaby indicates he parked the motor home about five feet away from the store and went into the store, as well as a neighboring building, when the fire occurred. He indicates he turned the motor home engine off but the radiator might have been a little hot. The fire began in the engine compartment. Wamego Fire, Police, the Pottawatomie County Sheriff’s Department and EMS responded. Fire extinguishers were initially used, but Wamego fire crews were able to get the fire under control within about 20 minutes.